From marching bands to concerts in the Park, music has always been a big part of Canada Day in Bath

The Bath Canada Day Committee has organized a free concert in Centennial Park to help get everyone into the spirit. Click on WELCOME BACK CONCERT for details. We promise you will enjoy a great program of music by Fred Brown and Friends. See you there!

We are delighted to announce that the Rob Roy Pipe Band and Highland Dancers  and the Kingston Police Pipe Band will be marching in the Parade once again.

Lucas Pell at the Academy on Church Street

Fake Jazz at the Bath Park, across from St John’s Hall on Church Street

And we are thrilled to welcome back the ROARSHACK Band, a group of accomplished musicians who play a wide variety of musical styles and genres.

Enjoy their performance from 2:30 – 4:30 in the Church Street Park after the Parade. 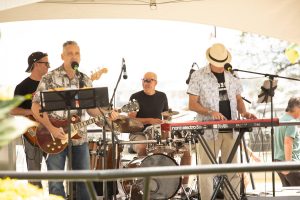 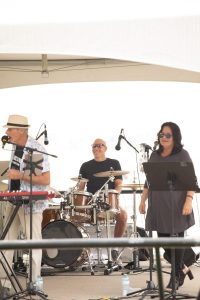 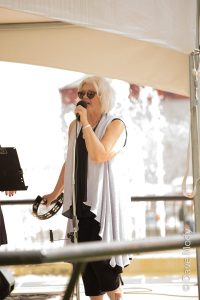 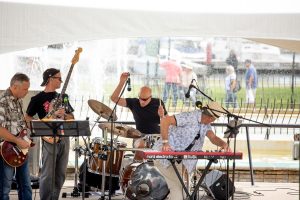 This song was recently composed by Ellis Craig, an 83-year-old resident of a retirement home in Perth, Ontario. Even though he had never before written a song he decided to write one when he discovered that Canada has not really had a singalong patriotic song for public events since Bobby Gimby’s “Ca-na-da!” in our 1967 centennial year. He believes that at this point in our history Canada needs a song capable of inspiring a modern Canada Day crowd to sing along with the chorus, wave small Canadian flags and openly celebrate being Canadian. Australia Day has “I Am Australian!” – Canada Day should have “We Are Canadian!”

According to the composer, the reactions of those who have been exposed to the lyrics or the video to date have been “over the top”, including a “pretty darn good!” from Anne Murray. The song seems to awaken a latent patriotism that we all possess but were reluctant to express until now, with the exception of the patriotic fervor recently generated by the success of the Toronto Raptors! He is actively endeavoring to bring the song to the attention of an established Canadian performer or group well enough known to attract an invitation from Heritage Canada to perform it on the national stage on Canada Day 2020 and/or beyond. Dream big or go home!

With its emphasis on unity, diversity and individual pride in being Canadian its time could be now!

The music for “We Are Canadian!” was composed by Carey Blackwell. On the video, the music tracks and the vocal are by Alan Sandeman.